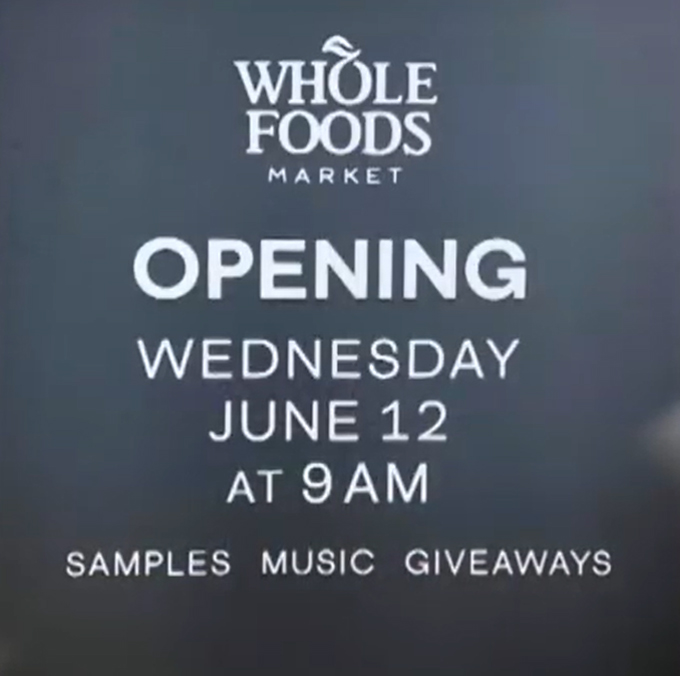 The Whole Foods Plaza: When Commercial Development Gets It Right

What were they thinking? I never could understand. The majority of voters in Malibu rejected approval of the recently opened plaza in the middle of Malibu. What could Rob Reiner and his well organized group of project opponents have been thinking when they put so many resources into opposing one of Malibu’s only civic spaces? Of course they are entitled to oppose it but I just don’t know who looks at a plaza like this with it’s playgrounds and seating areas and sycamores and low density development and people enjoying themselves in the sunshine and shakes their heads in disapproval. Well, at least they can say they delayed it’s completion by a few years. I think that was unfortunate for the people of Malibu.

I think of the new plaza the way someone would if they were told that their own property now is larger and they have a bigger yard with new and diverse spaces. It’s like Malibu’s “Louisiana Purchase”, except we didn’t have to spend a dime purchasing it. It was a gift. Someone else funded it and built it and planted the trees and brought the food and park benches. You and me get to use it day after day; a space that was barren and restricted before. It was fenced off, like Chernobyl. “Usable” Malibu just got bigger and better.

I made my first trip there this morning and I was amazed at how brilliant it all was. As I drove into the parking structure I first saw Timothy Hazelip, a surfing fixture at First Point, who was leaning up against a wall in front of the Whole Foods with his girlfriend and their dog and a friend. It takes something special to get him away from the wall at First Point. I then looked over and saw Griselda Novak and her husband sitting at a shaded table eating a meal in a place that was completely inaccessible just a few short months ago. There were attractive arrangements of succulents and bromeliads that lined the walls along the border of the plaza. As I walked towards the eastern border of the plaza I could hear children singing and running in the protected playground along Cross Creek Rd.. I walked into Whole Foods and felt like I was walking into the Metropolitan Museum of Food. It was lighted beautifully with every culinary delight known to man and beast. And, perhaps most importantly, it was filled with lots of happy customers. I heard scary talk years ago about how Whole Foods would fail and leave a scar in the plaza. I heard a lot of talk about how traffic would be insufferable along Cross Creek and PCH and that congestion would overwhelm Malibu once and for all. I heard the same talk and resistance about the Trancas project at the western end of town that has revitalized that part of town since it’s completion.

I didn’t hear any live music but I can imagine that is forthcoming. I can imagine that birds will be drawn into this area, and ladybugs, etc.. It will be a gathering place for mother’s and children and where people can come together and live like a community is supposed to live….in connection with one another. Whole Foods encourages this connection perhaps more than other markets because it offers all types of foods that you are tempted to eat on site, at the many provided seating areas. It’s a place to congregate and catch your breath and stay awhile.

When I knew that local Malibu architect Ron Goldman was designing the project I knew it would be tasteful, to proper scale, organic, balanced, and symbiotic. When you couple Ron’s genius with the city of Malibu’s incredibly restrictive FAR standards I knew that this project would be far from garish, far from an exploitation of the space to maximize profit. There are far better places to invest in if you are trying to maximize for profit.

Though this plaza is a huge winner in my opinion there will be some losers and I understand that. I feel empathy for those businesses that have provided services that Whole Foods will now provide more completely or conveniently, but, the greatest good should always be the mantra of a city and community.

I can’t imagine anyone looking at this plaza and saying that they wished it were still a fenced off square of uninhabitable land. This man’s private piece of land is now ours. I’m sure there are still a few who wish it never saw human footprints, or a child’s swing set, but, you can’t please everyone and that is for sure. I feel certain that, almost to a man or woman, Malibu is proud of and overjoyed to have this beautiful and peaceful civic plaza.

Let the joy begin. Meet you at the plaza!