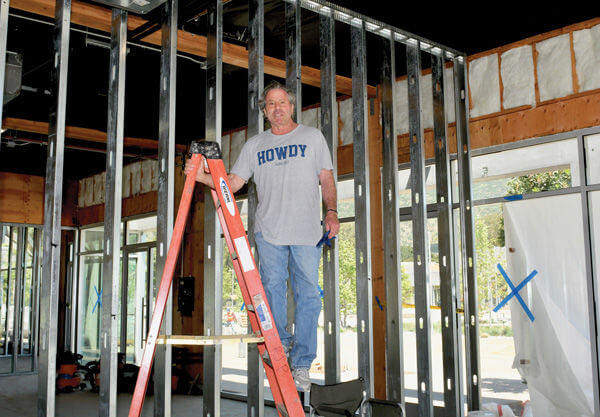 After three years fighting for justice in South Africa, much-loved restaurateur Howdy Kabrins is back, with a new restaurant to open this summer.

“I’ve always felt that Howdy is synonymous with Malibu. Howdy is Malibu and Malibu is Howdy”—the words of developer Steve Soboroff on the announcement of Howdy’s restaurant returning to Malibu.

“You can’t take Howdy out of Malibu and you can’t take Malibu out of Howdy and that was tested,” Soboroff explained, referring to the three years Kabrins spent in South Africa fighting to bring his daughter’s killer—a wealthy Guatemalan national—to justice. Kabrins and his wife Linda shuttered their restaurant to attend the trial in Cape Town. He and Linda, and his ex-wife and her husband, lived halfway around the world to advocate for their only child, Gabriela Kabrins Alban. “That took Howdy out of Malibu because he had to put his whole being into getting justice for his daughter. He did that. The world respected that. It was a world story.”

The new Howdy’s will be front and center when you drive into the new complex called Whole Foods and the Park. “He’s back: heart and soul, hook, line and sinker. I think this is a very meaningful thing to Howdy and Linda as well as the entire community. I’m just glad to play a role in it,” Soboroff told The Malibu Times.

“I’m here today with this opportunity because the people of Malibu have been so supportive for so many years since I opened the first La Salsa on PCH in 1987, and then opened Howdy’s in the Country Mart,” Kabrins said. When presented with the opportunity to reopen his iconic eatery, his initial reaction was, “I don’t think I want to do that, since I’ve been away in Cape Town on a personal, challenging journey.

“My wife, Linda said, ‘Howdy, you’ve got to. The people of Malibu want to know you’re okay and they’re calling you and they’d really like you to show up. You can do this,’” the restaurateur recalled. “I said, ‘Only if I can get the best location in all of Malibu.’ We worked hard and voila, here I am to move forward and recreate the Howdy’s experience, which is great food and the friendliest place in Malibu. That’s what I know how to do.”

“I let them know, yes, I’m OK,” Kabrins shared. “I have to be. There’s so much more I have to do.” Not only is Kabrins readying the new restaurant—he’s also fielding proposals from media, producers and publishers about the emotionally crushing three years he spent advocating for his only child, Gabriela, the victim of a horrific crime. “I want to tell the world what really happened in Cape Town,” he explained.

Kabrins said he wants to “set the record straight,” calling out the tabloid media coverage of the trial a “mischaracterization” of his daughter. “Most of all I’m focused on building a legacy for my daughter Gaby.”

While a civil trial in California is getting underway, Kabrins is being inundated with offers from publishers and producers to tell his story. “I want to do what I can in my daughter’s name to build back her reputation and my family’s reputation. I’ll never be able to bring her back, but I have to do everything possible in Gaby’s name to build a legacy for her and for women that have been murdered by their intimate partners.”

Soboroff said throughout the ordeal, he was thinking of Howdy, a household name in Malibu for thousands of customers, neighbors and friends.

“I kept in touch with Howdy as probably hundreds, maybe thousands of his friends in Malibu,” Soboroff said. “I knew there would be challenges. I just can’t imagine the huge financial burden he went through in not working and spending on lawyers.”

Soboroff added that Howdy’s reopening was likely welcome news for supporters of the contentious formula retail ordinance, which set about to keep chain stores and big developments out of Malibu.

“I thought he epitomized what the residents wanted of the [local retail ordinance.] Trying to give locals dedicated, Malibu-loving, successful merchants that happen to live in Malibu,” Soboroff said. The developer called Howdy “a legend in the restaurant business” and hinted the food “won’t be just Mexican food.”

Whole Foods and the Park was 87 percent leased as of this week. With 14,000 square feet designated for shops and restaurants, the new Howdy’s place is only 500 square feet, but will have a weather-controlled patio. Whole Foods will occupy 25,000 square feet of space, which is on the small side for the grocer. The Whole Foods is expected to open in April. Howdy’s is anticipating a summer opening.

The Whole Foods Plaza: When Commercial Development Gets It Right
All Posts
Residents Get Early Look at The Park at Cross Creek